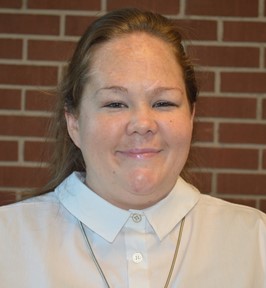 Forever Changed By a Faithful God

Hi, my name is Ashley K., and I have been at Gilgal since September of last year. I came into the program because my life had spiraled out of control due to one unhealthy choice after another.

Growing up in an unstable home, I found love and affirmation in all the wrong places. By the age of 12, I was lost in the world of drugs, alcohol, and men. This destructive lifestyle only worsened as I grew older and was introduced to heroin and meth.

Child protective services removed my daughter right before Thanksgiving eight years ago. After that, my drug use worsened. I tried to get help for my addiction, but the drugs had such a hold on me. Sadly, I was not ready for change. That is until three years ago when I got pregnant with my son. Unfortunately, I continued to use during my pregnancy, and my son was born with drugs in his system.  I had to leave him at the hospital, which led to depression and more drug use as I watched my second child be removed by the state.

Eventually, at age 30 my destructive lifestyle landed me in jail. The five-month confinement, however, did not compare to the internal prison of guilt, and the sorrow I felt after losing my friend to an overdose. I’m grateful I was put in jail.  If I had not been arrested, I might be dead now. I knew I needed to change; I just didn’t know how.

I’m grateful I was put in jail.  If I had not been arrested, I might be dead now. I knew I needed to change; I just didn’t know how.

My journey ultimately brought me to Gilgal.  Since coming, I have found the structure and acceptance I have always needed and wanted. The staff and my Gilgal sisters have taught me what real love is, and what it is like to be a part of a family. I now know that God loves me, and that He has good plans for my life.

I will be graduating this November from Gilgal and am more hopeful than ever about my future. During my time here, I have gotten a steady job, established a savings account, and have even paid off fines to get my driver’s license reinstated. It feels good to be responsible and to dream of things that I never thought possible, like owning my own car and renting my own place. I hope my changed life will open the door for reunification with my family and children.

I am grateful to God and to everyone He used to help make my dreams a reality. Change Happens at Gilgal, and because of all of you, my life has been forever changed.